I was fortunate enough to share my childhood with Harry and his friends. I was crazy to an extent that my dreams had me walking in the alleys of Hogwarts and my ultimate ambition in life was to own the robes and the wand. I was a proud Potterhead. Spells, subjects, characters, fan fiction, you name it and I might have known about it already.

Then came my tryst with Pottermore. I eagerly browsed through the page, knowing my house ( Ravenclaw) , my wand core ( Dragon heart-string and beach wood 13″ bendy and flexible), my Patronus (Fox) and my Ilvermony House ( Horned Serpent) and then things ran out. I was out of the phase of reading and re-reading HP books, not that I complain about re-reading, but I felt i was past that stage to binge read the books. I love to skim through them, but I guess I am done with intense reading.

Then came the movies. I love them. To condense something as long as 600 pages into a movie of 200 minutes is a feat by itself. I do have some serious problems with the casting and the choice of parts that they had to cut out of the movies, but I shall let it go, for now.

Be it the books or the movies, there were a few characters, all women, who won me over. Each of them had a uniqueness in them and came across to me to be impressive and adorable. This post is dedicated to those six women in the HP universe who win me over, every single time.

Being an “insufferable know-it-all” is basically who she is and she carries that tag with such pride. Closer to the “ugly” end of the beauty scale, she taught me how awesome it is to be intelligent and clever. It feels great to stick by rule books and to boss people around. It is amazing to have people depend on you for solutions and well,if things don’t work out, to say, “I told you so”. I know I am cheeky,but that’s what Hermione was too. A true Gryffindor who faced her worst fears, Hermione always chose friendship over love.

She helped me get over my complex of being a ‘know it all’.

Grossly misrepresented in the movies as being timid and soft, this firecracker has nerves at all the right places. A skilled caster of the Bat Bogey hex and an excellent Quidditch player, she ended up working for her dream job. She is tough inside out and adds life wherever she goes. She lived her life to the fullest and did not bow down to the pressures of age or gender. Such a lovely, lovely character to read about. 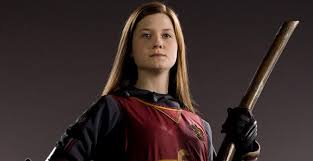 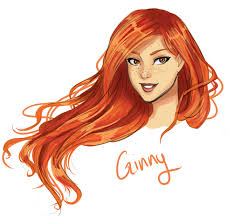 She taught me to be unabashed and fearless.

A supermom whose skills have been grossly understated in the series until the last part. An exceptional witch in terms of household charms and spells, she is an embodiment of love and care. She is fierce in protecting her children and bossy with her husband. Probably the user of the only “muggle”swear word in the entire series, Molly Weasley is a personification of motherly love.

Molly Weasley taught me to be loving and fierce at the same time. I shalt not let others rip my own people apart, I shalt do that on my own 😛

A dubious character, who battles with a lot of demons, Narcissa grew on me towards the end of the series. If it was not for her, I doubt if Harry would have been alive for the famous “Great Hall confrontation” which, by the way, was ruthlessly cut out in the movies, replacing it with the lamest possible encounter between the Most Feared Dark Wizard and The Chosen One ( This betrayal shall never be forgotten or forgiven).

I loved it when she walk out at a crucial juncture of the Final war, prioritising what she wanted for her family and herself. Another exhibition of the motherly instinct, I would opine.

She probably taught me that it is never too late to do the right thing.

Ah! My taboo-crush in the series, this lady has it all. The wily evil smile, the reckless nature, the prowess, the power – everything that any witch/wizard would die for. Her style speaks for itself and frankly this is one of those rare places where the movie scored over the books. Her unapologetic arrogance and a taste for torture makes her scary. I bet nobody would have messed with her in her heydays at Hogwarts. Her liking towards inflicting pain and her glee when she does that makes her one of the most formidable villains ever.

She taught me to take pride in whatever I do and also to do it  in style.

Where do I even start? If not for this lovely lady, I would have wallowed in self-pity and sympathy. Luna is one of a kind-Strong, kind, talented, composed, which is a rare find. She is not scared to be herself and she isn’t bothered about how others choose to see her. The necklace of corks, the over-sized spectrespecs, nargles, lost shoes, thestrals you name it (or not, actually) she would know about it 😀 A true Ravenclaw who doesn’t judge others, she has more worldly knowledge than the trio put together and is sure that intelligence is just one tiny part of life. She stood for her friends till the end and was one of the bravehearts who survived the worst. She was one such woman, who would stare at death and give it a wink. My true hero ❤

She taught me to live life as it comes and to be proud to be who I am.

Harry Potter is a boon if read early on, because the presence of strong women will not surprise a person later on. It will just be a way of life and well, we always have an alternate universe to escape into,in case the real world gets boring.